Greetings from Orcas Island, somewhere in the San Juan Islands of Washington’s Puget Sound. We’ve been on the road for seven days now. Sorry it’s taken so long to post, but the pace has been, well, brutal. Self-imposed brutal, to be fair, but brutal nonetheless. We’ve covered over 1,700 miles in five days of almost non-stop riding. Two consecutive days were 380 miles and 390 miles, respectively. And while that may not seem like much in an air-conditioned car, it’s a helluva haul on a bike riding 2-up and with temperatures over 100 degrees for five of the six riding days.

I’ll get to some of our photos in a minute, but first I wanted to somehow find a way to express how grateful we are for our friends. You know who you are, too. The day after we left home, a rapidly moving brush fire broke out near our home in Topanga. Our daughter, Kelsey, held down the fort, surrounded by areas with road closures and mandatory evacuations nearby. She gathered our important stuff and had it staged and ready to go if she had to bug out. Our son, Daniel, was temporarily blocked from getting home by road closures. It’s what happens occasionally when you live in the mountains, but honestly, it’s a little rattling when you’re a thousand miles away and your kid is sending photos of smoke and flames taken from the backyard. Kelsey’s fiancé, Aron, is a firefighter. He grabbed a pickaxe from the shed and made sure we had a clear line between our home and the canyon just past our backyard. That’s reassuring. The fire was eventually contained and all is, thankfully, back to normal. We were so touched by the number of friends who called and sent messages checking on our welfare and offering support if we needed to evacuate or put up a fire-line fight.

If friendship is wealth, we’re rich.

Some Chapter One photos of our journey, so far, from home to Orcas Island, Washington:

On our second night, we visited Dee’s long-time friend and coworker, Sue, in Auburn. Sue took us out on her boat for an evening ride on Combie Lake, which is next to her home, to try to cool off from the day’s 105-degree temps. 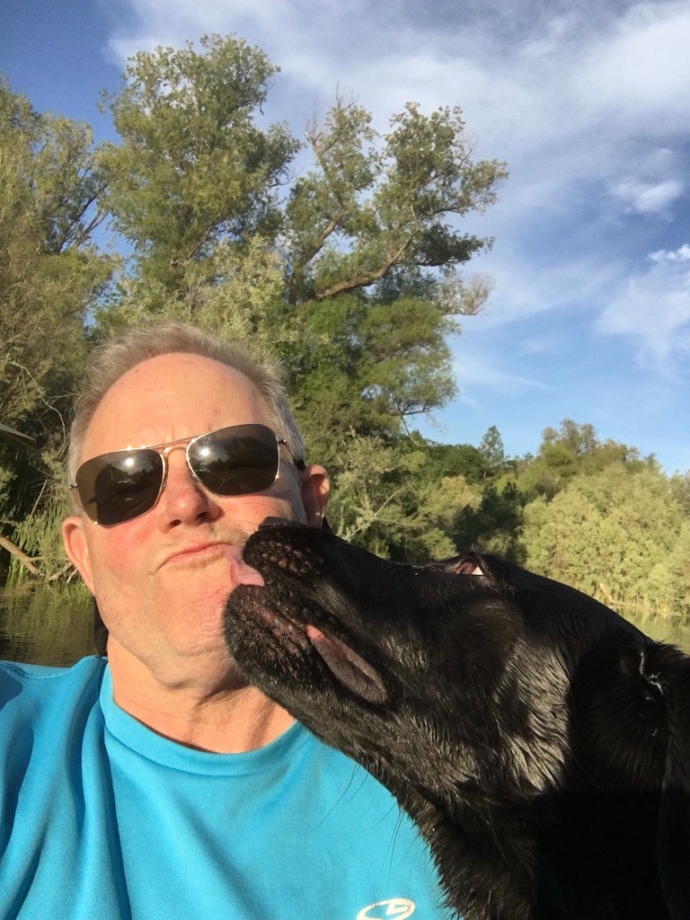 Sue’s dog, Sophie, took a liking to me. Don’t show this photo to my dog, Riley. She’s the jealous type.

Lassen Peak, along the Volcanic Scenic Byway — and which we were hoping to cross for scenery and heat avoidance —  was closed due to snow. In June. We had to reroute through Redding, which was a balmy 104 — at 7pm. This was the first of three road closures we’ve had to vector around (so far) due to snow. Did I mention that it’s JUNE! 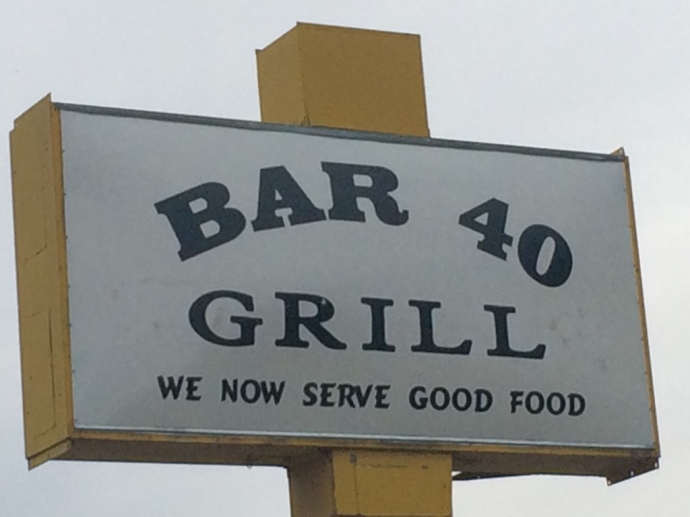 What did they serve before? Ironically (or maybe not) this place was closed and up for sale.

Crater Lake, Oregon. The temperature dropped to 57 degrees — until we pulled away from this natural wonder and back into Hell (AKA Central Oregon).

Dinner with new friends, Brittany and Ryland in Hood River, Oregon. With hip restaurants, bars and outdoor adventure sports in a beautiful setting, this may be the coolest town in America. I’m being ironic. This photo was taken at 9pm when it was 94 degrees. Putting Hood River on my list.

After a great evening spent with Dee’s cousin, Shawn and his boys, in Woodinville, WA, we headed for the San Juan Islands ferry terminal in Anacortes and then sailed over to Orcas Island. Shawn sent us this “Ferry Cam” photo of us (lower right) waiting to load on to the boat. The ferry ride is a beautiful excursion through the San Juan Islands and, if you’re on a bike, you get to move to front of the line. We also get to ride in the HOV lane nearly everywhere so… neener-neener-neener.

Six days of riding finally catching up with me. Dee found me crapped-out on a bench on the ferry ride to Orcas Island.

Orcas Island and the view from Mt. Constitution, the highest point in the San Juan Islands. That’s the Washington mainland and Mt. Baker in the background. It’s a comfortable 72-degrees on the island — finally.

We went on a whale watching tour yesterday. More accurately, orca (killer whale) watching. The outfitter, OuterIsland Expeditions, guarantees you’ll see whales and we weren’t disappointed. They’re just so graceful and beautiful. The oldest in the pod, “Granny” is estimated to be at least 105-years-old. It seems that their markings and shapes are very distinct. The local naturalists have photos showing Granny cruising the area in 1910! They play together, jump up to have a look at us and slap the water with their fins as if to say “hello.” Or maybe “get lost.” This is a must-do when you come to the San Juans.

The sunset view last night at 9pm from the balcony of the Orcas Hotel.

Our hotel, the famous Orcas Hotel, which opened in 1900 and faces the harbor and ferry stop. We’re spending today relaxing in the dining room, drinking coffee, watching the rain arrive and….

…here comes the 12:15pm ferry from Anacortes, which stops along the way at Lopez and Shaw islands. Unfortunately, I am not related to the Shaw Island Shaws. There are approximately 300 middle schoolers on the approaching ferry, headed to a camp on the island. They make a distinct sound. I can hear them from here.

4 thoughts on “Chapter One: Got Friends?”